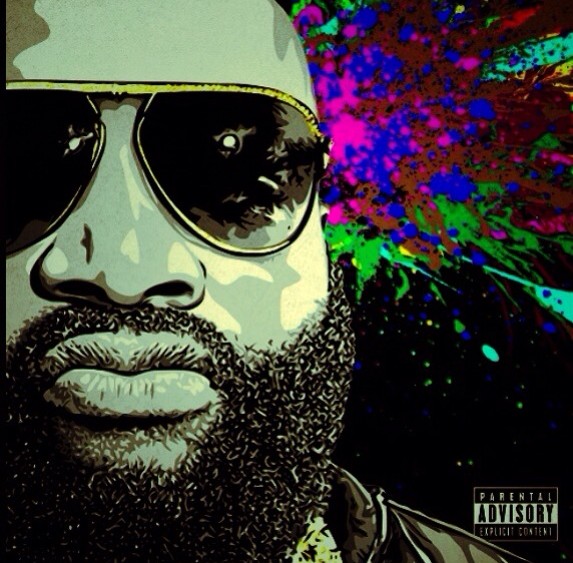 Rick Ross doesn’t fail to keep dropping classic hiphop albums, yes that’s right I said it classic! He is about to release his sixth studio album “MasterMind”. I’ve had the privelidge of having a full listen to the album from start to finish, and back again. As with his previous albums, he takes you on his own musical journey, bringing along the way some heavy hitters to join him, whether it be on the production side, or guests to rap along with. One point of this album which is refreshing to hear, especially from a South based rapper, is that Rick Ross has steered clear of the modern, common sounding trap beats and records that all of the other rappers are commonly producing. Yes, it helps with club bangers, but a change of style shows diversity in the music, rather than every track sounding the same.

On the album, Rick Ross revisits the attempted murder on his life last year, when his Rolls Royce Ghost was shot upon, not sure if the EMS call was a legit one, but his reminder to his fans and enemies, that he is still here, and still doing what he does best, a strong minded business man. I’d have to say I’m a fan of the complete album, all tracks, it certainly isn’t one of those albums I’d skip tracks and get to my favourites. Now, upon producing this certified heat of a album, I should expect all future albums, and mixtapes from the MMG family to be of a equal quality, and not of what they dropped with “Self Made 3”, that was a huge disappointment to say the least.

My Overall rating for MasterMind – 8/10 (no ones perfect)