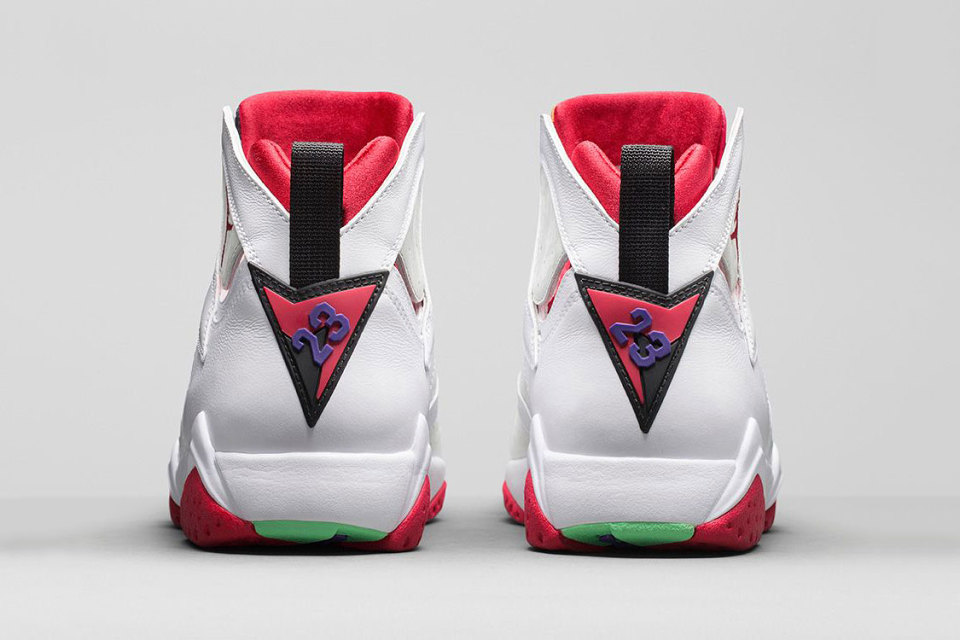 To mark the Air Jordan 7’s 23rd anniversary, Jordan Brand is set to release the Air Jordan 7 Retro “Hare.” The “Hare Jordan” commercial, which aired in February 1992 and featured Bugs Bunny in a pair of custom sneakers, helped kick-start the colorway’s popularity, eventually spurring the creation of Space Jam. Last released as part of a countdown pack in 2008, sneakerheads had hoped it would make its solo debut someday. They will get their wish when this retro lands this weekend, at Air Jordan stockists.