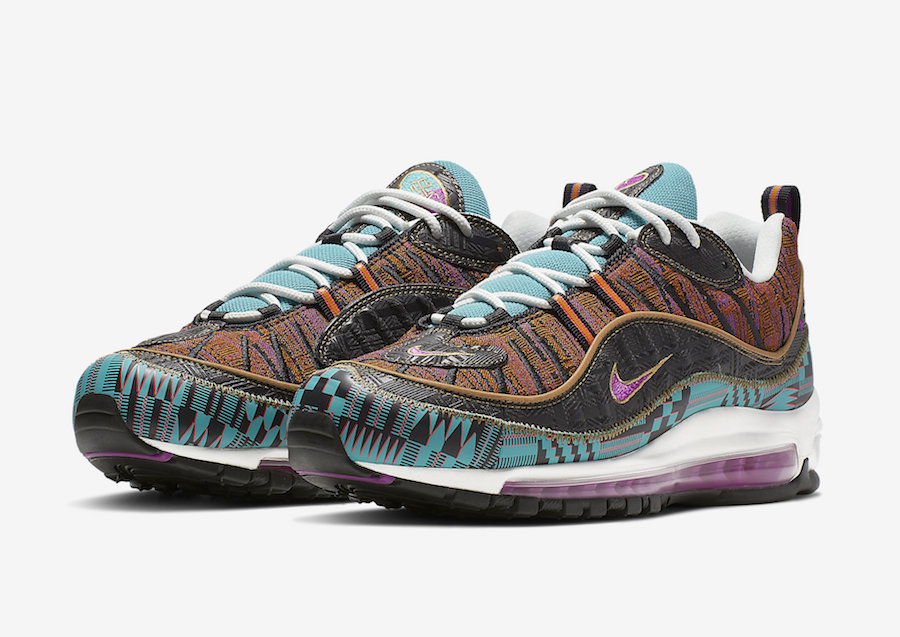 The Nike Air Max 98 you see above is said to be this year’s BHM colorway of the model. For some unknown reason Nike decided to NOT drop these back in February. We’re now in the month of May and it looks like this Nike Air Max 98 BHM is finally dropping.

This Nike Air Max 98 BHM comes dressed in a print-heavy upper using two different BHM-inspired patterns that utilize two different sets of colors. The first set of colours uses shades of Brown, Purple and Orange, while the second print that’s noted on the mudguard comes in Teal, Black and Red.  Other details include the BHM-branded tongues, Equality printed on the insoles, White laces, a White midsole and a a Magenta hue noted on the branding and Air unit.